More than a gin ... an expression of the English coast

The gin is distilled at a private facility in Suffolk using barley native to the Suffolk coast.

After being malted, the resulting barley wash is fermented to seven percent alcohol using eight-year-old house yeast. Once stripped, polished and rectified, the spirit is at ninety percent alcohol.

The rich flavour comes from a blend of several ancient herbs including Spignel, Rock Samphire, Wood Ave and Bog Myrtle. Every selected wild botanical has been ethically sourced; many foraged daily and are native to the Suffolk coastline.

Each botanical is carefully considered, picked and dried at the optimum time for the best impact on the flavour and aroma. These are separately steeped in the barley spirit overnight before receiving a final shot-distillation in a copper fin still and then being blended together.

The distillery sits a few hundred yards from the sea and is a masterpiece of technical excellence, environmental friendliness and architectural joy. The distillery has the only ‘grain to glass’ facility amongst the small-batch distillers, taking local East Anglian barley to produce the base spirit for their range of products.

As a London Dry Gin, their process involves adding the botanicals directly to the still. The carefully prepared roots, leaves, seeds and berries are steeped in base spirit for 24 hours and then receive a final distillation in the Copper Pot. This process uses the one-shot method at the end of the distillation, meaning they take the best, or the ‘Heart’ cut of the distillate only. The result; the production of the most flavourful, full-bodied and aromatic gin possible.

About Fisher’s Gin: The Authentic English coastal spirit. Fishers combines rare old English herbs and botanicals found along the Suffolk coast. Their botanist, James Firth, having studied botany at Oxford University has dedicated his life to England’s plants and their environments. As a botanist, he scoured historical manuscripts researching the recipes of medieval herbalists in order to revive ingredients and tastes for Fishers, many of which had long since passed from memory. Fishers Gin reflects a passion for nature and research, capturing some of the wild and forgotten flavours of the English coastline.

Fishers is a natural expression of the English coast. 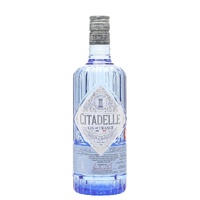