This small batch Australian Gin is distilled with native ‘juniper’ foraged from the wild coast of Kangaroo Island. Fashioned in the style of a London Dry Gin, this contemporary expression is finished with fresh limes from the nearby Fleurieu Peninsular. Traditional vapour distilling maximizes control of the quality of this award winning Australian spirit and has led to the Gold Medal of the Melbourne International spirits competition in July 2017.

This small batch Australian gin is distilled with "native juniper" which has been foraged from the wild coast of Kangaroo Island. Fashioned in the style of a London Dry Gin, this contemporary expression is finished with fresh limes from the nearby Fleurieu Peninsular. Traditional vapour distilling maximises control of the quality of this award-winning Australian spirit.

Serving suggestions:In a G&T, garnish with a slice of mandarin, kumquat or orange. For cocktails, try in a Gimlet or Gin Old Fashioned.

About Kangaroo Island Spirits: The KIS story began in 2002, when Jon and Sarah Lark married and set out to establish Australia’s first dedicated gin distillery, where they wanted to do things properly, the traditional way. Early on, Jon and Sarah visited Sipsmith in Hammersmith, London. There in the suburbs they saw that Sipsmith had started making a premium gin in a small shed, using a small still. This gave the Larks the confidence to continue the KIS distilling journey with an even smaller still than they were already using in their own shed on KI. They knew they were on the right track.

Jon and Sarah Lark selected Kangaroo Island for a couple of reasons. Sarah describes it as follows: “It’s a beautiful location. It costs a little bit more to get there, but when you are on the Island it feels as if you have turned everything off and you can slow down – that is, of course, until you need to get up at six and turn the still on every morning. We had been living in the desert for a number of years, so a sea change was definitely high on our priority list.”

The Larks recognised that on KI there was an emerging food and wine industry with a tourism base, and nobody else was making spirits – in fact, no one was doing it in South Australia, let alone Kangaroo Island. KI is the place for genuine artisan, craft and handmade products. It is a place of passionate hard workers when it comes to innovation and effort. Add the beauty of the Island, and you have a really lovely place to engage with. 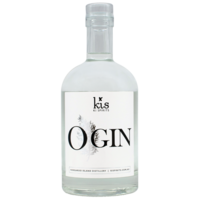 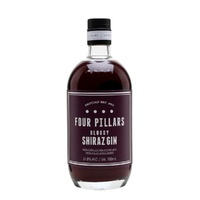 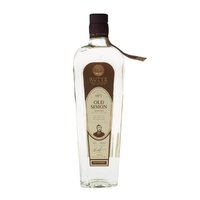