Anther Gin is named for the part of a flower that produces and holds pollen, vital for the production of seeds from which beautiful fragrant botanicals grow. The gin is bottled stronger than usual at 44% alcohol to give the juniper extra punch. Anther Gin is glorious in a Martini or G&T, and the clean juniper and spiciness of the Artemisia really shine in Derv and Seb’s favourite cocktails, the Negroni, Corpse Reviver and the White Lady.

A key ingredient, Artemisia, is famed for its medicinal properties and is named for the ancient Greek goddess Artemis. It gives vermouth both name and its dominant flavour. The Craft & Co use two Artemisia in their gin, Absinthium (Wormwood) and Dracunculus (French Tarragon). These make Anther Gin the perfect match for a classic Martini or Negroni.

Tasting notes: Anther is a fresh juniper forward dry gin, with traditional and native botanicals adding complexity and balance. Artemisia Absinthium, wormwood, fills out the middle palate, with local eucalyptus to boost the juniper. There's spice from nutmeg and cassia, savoury notes from grains of paradise and Thai red ginger. The clean finish is juniper and bright citrus from native finger limes and coriander.

The Craft & Co: Anther Gin is distilled at The Craft & Co on Smith St Collingwood, Victoria by Derv and Seb. They both bring complimentary ways of thinking to crafting their gin; history, cocktails and science. Over ten months in 2016 Derv and Seb ran micro-distillations in the front window at the Craft & Co, using the scientific method to refine the recipe from a shared inspiration, to a list of ingredients.

Derv left bartending to become a Scientist and like the rest of her scientific breed she enjoys mucking about with things to see how they work. This means making an amazing gin by exploring the science of flavour and creating a small business model for Anther Gin that focusses on supporting the craft distilling community. Derv has just completed her PhD in Microbiology, loves working on gin recipes and distilling.

Seb opened 1806 which won Best Cocktail List in the World, created the cocktail program at Lui Bar at Vue de Monde which won Best Restaurant Bar and he co-created Heartbreaker, winner of Best Party Bar, Best Bartender Bar and Age Bar of the Year. When not behind the bar he helped to launch 42 Below, 666 Pure Tasmanian Vodka, and spent time pretending to be a corporate manager with Bacardi Martini Australia. 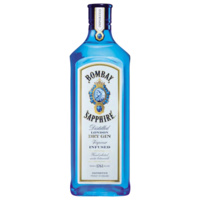 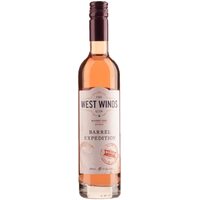